Active Recruiters 2020 - a little note from us! 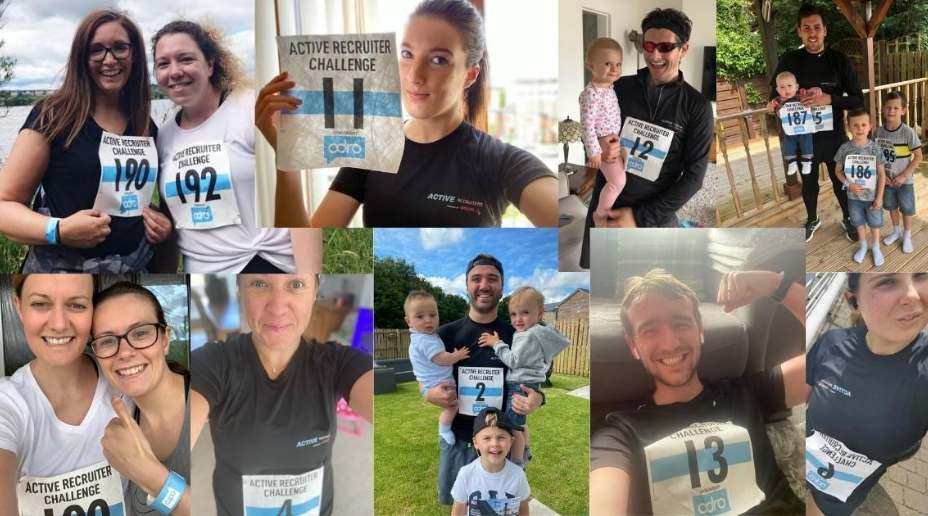 By the end of May, Team Odro was well and truly settled into what has been dubbed the “new normal”. We were doing well proving our video technology to the recruitment industry and we were managing to help our customers battle their way through too. Back in March, as well as being apprehensive about the effect the pandemic and being sent to work from home would have on the business, we were also worried about how it would possibly negatively impact the culture we had worked so hard to build. But two months later the team was closer than ever, and the group chats were on fire with not just collaborative problem solving but personal chat too. And we got to meet everyone’s children, families, and pets in the video calls! But one thing that really got us chatting, competing and focused on keeping the heads up was our Strava running group.

When it was first suggested there was a fair amount of, “nope, hard pass from me” but with the gyms closed and the support group of regular runners, it was a perfect time for first-time runners to get going. And that’s what we did. The initial challenge was to complete 60k in May, quickly becoming a competition (as most things here do) to see who could do it fastest.

We realised that during the madness of COVID running had been a huge part of keeping the Odro culture buzzing, and the endorphins and mini-competitions had been keeping us all in a positive mindset, which in turn had resulted in some amazing results for us. But we were always surrounded by sad news about others who hadn’t been quite as fortunate.

We decided it was time to turn our positivity into a way to help others who had been disastrously hit by the consequences of the lockdown. We wanted to raise money for the Teenage Cancer Trust as we had been reading about a lot of kids having to miss or delay their treatment because of COVID. Then it was time to “recruit” some help… we took the challenge to the industry, and the rest is history.

The Odro Virtual 10km / Half Marathon

The challenge was a virtual 10km or half marathon that everyone would run from their own homes, at the same time, all over the world, together. Running recruiters started to sign up from all over the UK, Australia, Germany, USA, and New Zealand. We also sent out runners packs, including a race number and goodies. It was as close to the real thing as we could do.

Initially, we asked for all runners to either raise or donate £25 as an entry fee but before we knew it the donations and words of encouragement were flooding in, and a few weeks before the event we had smashed the £2,500 target. On the day of the race, we hit £7,000 then £8,000 the day after. The recruitment industry really came through for us, the support was staggering and the LinkedIn Takeover was legendary! Around 300 of us ran, jogged or walked, on that Friday and, probably the most shocking fact, it was a sunny one in Glasgow!

We are so proud that by taking running, the thing that bonded us together and kept us powering on, we've managed to help some others who have not been as fortunate as us in this situation. A massive thank you to everyone in the industry who came together to make the event what it was, and to everyone who donated too. Roll on Active Recruiters 2021!