Another win for Odro at The Recruiter Awards 2021 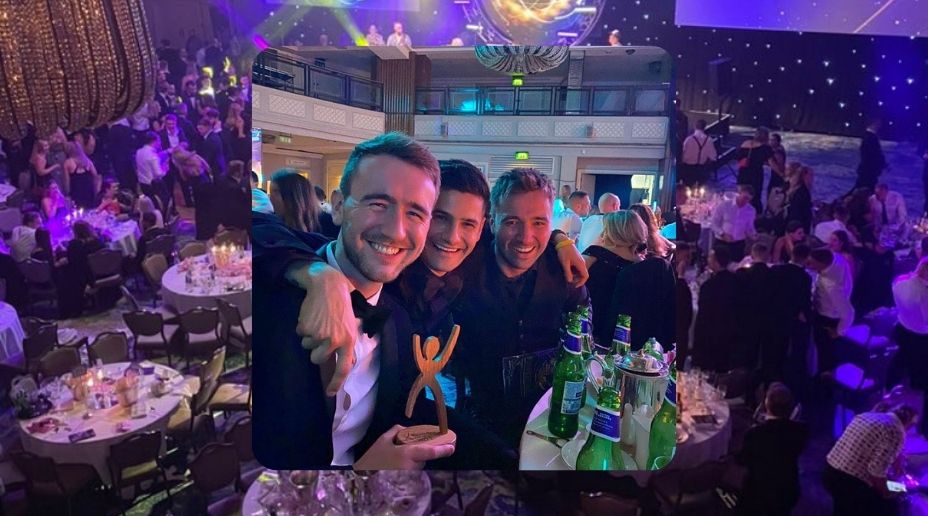 Hot off the heels of their Talent Tech Star Award wins Odro made the journey to London for another glitzy prize-giving bash. The Recruiter Awards 2021 returned to JW Marriott’s Grosvenor House after last year’s lockdown ceremony took place online.

Ryan McCabe, Odro CEO, was joined by Dougie Loan - CRO, Giani Catena - Sales Engagement Manager, Paul Lucherini - VP of Customer Success and Odro newcomer Vicki Park who has recently joined the team as Account Director to assist with expansion plans. They were also joined by some of the team from Odro client, Gattaca, along with friends from partners Cube19, Bullhorn and Phoenix51. And as a proud Scottish business, the formal dress code translated to kilts.

The glamourous affair, which saw 1,000 people from the recruitment industry come together, was hosted by comedian and TV personality Joel Dommett, a real treat! And with a whopping 31 awards to give out once they started, there was no time for slowing down. In the bat of an eyelid Odro’s three categories were announced. We were delighted to scoop up the award for Technology Innovation of the year! The team missed out on Supplier of the year to worthy winners Tribepad. And although Ryan Adams from Signify Technology won the battle of the Ryans for Entrepreneur of the Year, Odro’s CEO received a Highly Commended nod from the judges. We’ll take that!

The awards were followed by many celebratory toasts and an evening of dancing. There was a real buzz in the Odro office this morning as word of the victory spread. After a tough 18 months for everyone, the recognition for hard work is always a massive boost to team spirit. And speaking of spirits...

When we asked Ryan McCabe for comment this morning he said: ”I am ill.” Giani Catena replied: “I nearly missed my flight.” And Dougie Loan, “.....” Dougie Loan?