Employment red flags... who should you avoid? 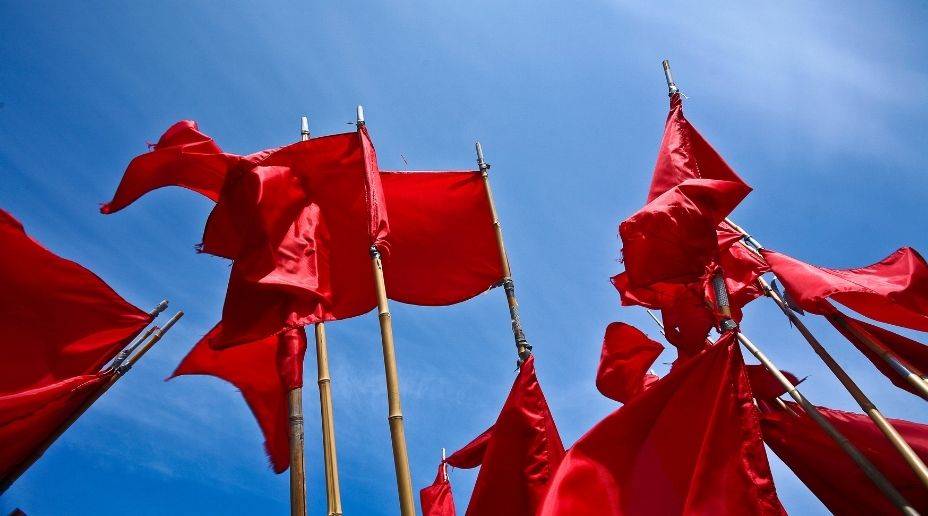 It’s Love Island season. Apparently it’s also football season but up in Scotland we patched that a few weeks ago. Love is in the air. Love is all around. And with restrictions lifting left, right and centre after a year of being locked up, this is set to be the Summer of Love. The singletons on Love Island, and in your local spoons, will be on the lookout for “the one”. While there are many potential suitors, how do we separate the perfect-potential-partners from the this-will-end-in-tears-terrors? We look for the red flags. And, unlike bulls, we run away from red flags not towards them, unless you want to spend the rest of your summer crying on the phone to your pals.

And when it comes to employers we should do the same. Although employer red flags aren’t as obvious as someone texting you “U up?” at 3am on a Friday night after three days of silence, they are still there. We’ve highlighted a few to look out for so you don’t end up having your “head turned” for someone it just won’t work out with.

How are you supposed to be what they want if they don’t know what they want? This actually works for relationship partners and employers! You should be able to know exactly what will be required of you and if you’re qualified for the role from the job description alone. If it’s just a rough guide and they would prefer to “fit the role around the person’s strengths” this means there will probably either be gaps in processes or you’ll actually be expected to do everything yourself while paying you for just one job role.

Again, this works for both scenarios. During the hiring process they say they’ll get back to you in X days, then you don’t hear from them without any explanation. Red flags of disorganisation and not valuing people’s time spring to mind. Obviously some job descriptions state that due to popularity they won’t be able to get back to everyone but a simple “if you don’t hear from us by X date, you have not been successful” takes seconds and is really just common courtesy. Do you want to work somewhere where they aren’t taking into consideration that it takes time and effort to apply to jobs and job seekers deserve to know where they stand?

Is this really going anywhere? Now, not everyone wants to climb the ladder. But, there’s an aspect of what the company can do for you and not just you for them? Will there be opportunities to learn new things, develop new skills, and, in turn, progress? If they can’t answer these questions it’s more than likely you’re just there to fill a seat and maybe a role where they have a path lined out for you would be more fulfilling.

Hope this helps when you’re looking for a new role, or a new partner! We could go on and on about many more red flags but trust your instincts, you’ll know where you’re supposed to be! And if it doesn’t feel right, it’s probably because it isn’t. There are plenty more fish in the sea (along with all the garbage you may have to sift through) so stay positive, and don’t settle for someone, or some place, that doesn’t deserve you!