Insights from the New Normal of WFH and PPE 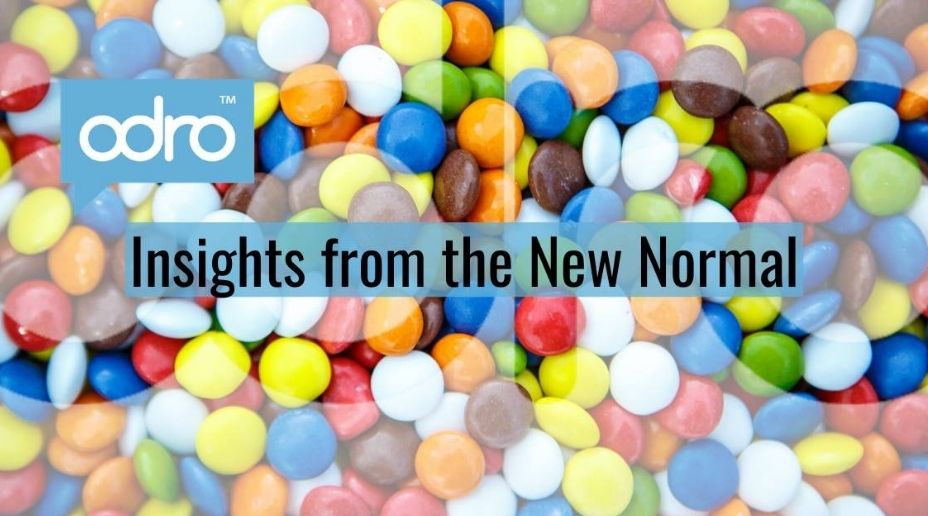 I had been in the Odro office for six weeks before the pandemic hit and we are now starting our sixth week of working from home. Next week I’ll have been WFH for Odro longer than I had been in the office. And I’m not the only one. Three others started on the same day as me and a further three started on the very week we closed up the office and set up from our respective homes.

Statistics say it takes 66 days for a new behavior to become automatic and therefore classed as a habit. We’re all getting more comfortable with our WFH set-up, and although we miss the social aspect and general buzz of the office, for those of us who’re fortunate enough to still be working, being at home hasn’t actually hindered how we do our jobs at all. Has it?

There’s a member of my team who I have never met in real life but I speak to him at least ten times a day both socially and for work purposes. Thanks to video and instant messaging technology we’ve built a solid working relationship, and friendship, in much the same way as we would have done if we were in-person in the office. We’ve even had Friday pints!

Has it taken an unpredicted shake-up for us to challenge the normal? Or will we just adapt ad hoc, then go back once the dust has settled? If history is anything to go by, it’ll be a mix of the two.

A History of the New Normal

Did you know women only started shaving their legs because they couldn’t get tights during WW2 due to rationing? They would shave them, die them with tea bags and draw a line up the back with eyeliner or coal. Obviously I can’t speak for all women but I'm fairly certain the majority of us still shave our legs today; the ‘new normal’ became the norm after it was all over.

We have jars of food and canned food today because during the Napoleonic Wars in the 1800s, the French government was searching for a method to supply food to their army. Nicolas Alpert noticed that food cooked and sealed inside a glass jar didn’t spoil. He brought his method to the French government and received a reward of 12,000 francs. How many of us filled our cupboards with cans for lockdown consumption?  🙋

And my personal fave, we have M&Ms because Forrest Mars Senior encountered soldiers eating chocolate pellets with a hard shell of tempered chocolate to prevent the chocolate from melting in their hands during the Spanish civil war in the 1930s. M&Ms may not feature as heavily in your life as they do mine, but I would definitely say this is another case of new normal just becoming the norm.

“So what?” I hear you cry. Well, it got me thinking about what we could challenge during this and what cool solutions we could come up with for our new normal? As I mentioned before, we’ve had three new employees start with us from their houses which would have been unimaginable in recent history. But why? We’ve proven now that remote hiring can work, and if we hadn't gone ahead with their appointments, we wouldn’t have had as strong a team in place to help us get through this difficult time.

People used to say that you wouldn't hire someone without meeting them face-to-face because you, “have to see the whites of their eyes”. So, you have to make eye contact with me to decide if I can be trusted to do a good job or not? Really? When we think about it now, in our state of new normal, the ludicracy of that statement is almost laughable. And let’s face it, lots of people actually struggle to make eye contact at the best of times. Never mind when they’re in an anxiety inducing situation like a job interview. Does this mean they should be discounted as not up for the job? I think we can all agree that the answer to that question is a resounding no. So maybe with everyone being at home and the world still turning thanks to the workers, who may or may not be able to make eye contact, we’ll finally be able to abolish this myth and see a rise in remote hiring going forward. It also gives businesses a much wider pool of talent to choose from, if you don’t limit the hire to being able to come into the office every day.

Question for hiring managers: When you ask us if we “found the place okay,” would you think less of us if we said “actually, no I didn’t”? So what if I walked around the block 15 times and had to ask someone to show me the way. This doesn’t mean I can’t write content, write code or be amazing at whatever you're hiring for. Before we weren’t allowed to shake hands by law some forward-thinkers on LinkedIn were already pointing out the silliness in the old “strong handshake” belief. Were we too quick to write people off for things that now seem totally irrelevant?

As we explore this new normal and get settled in for however long it may last, it’s important to look for positives. It’s not the first time the world has been thrown into chaos and uncertainty, and it won’t be the last. What can we learn from this and how can we make our solutions to new problems become best practice going forward? I suspect we’ll come out of this changed and that we’ll never return to the normal we knew before, but do we really want to now that we’ve found new normal solutions that work for us?