Let's Party Like it's 1995... Looking Forward to our Post-Lockdown Knees Up 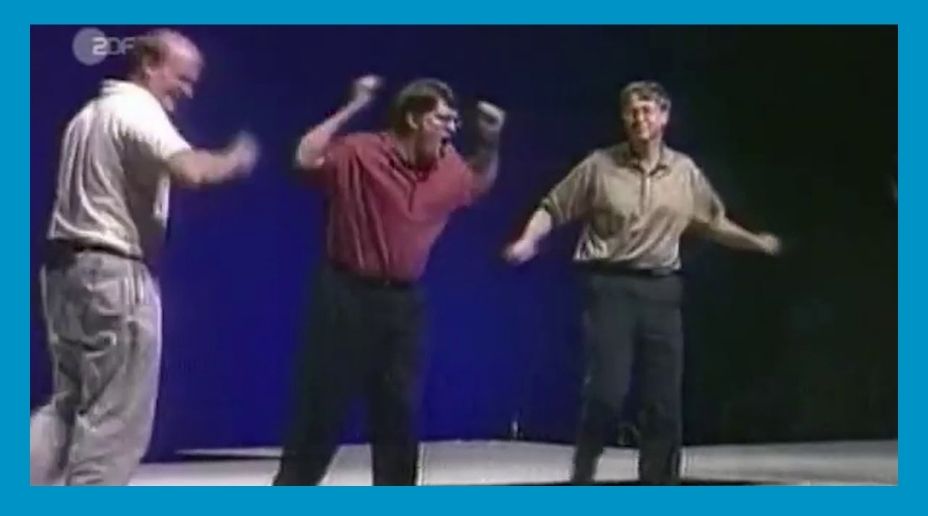 A year into the pandemic and TikTok is still reigning supreme in keeping Gen Z and Millenials occupied. In fact there are 689 million users worldwide and more than one billion videos are watched daily. Most of the content is new stuff, dance routines, comedy sketches and storytelling, for example. As well as new, lots of the content is old TV shows or music videos making a reappearance to give us those pre-pandemic, blue sky, fuzzy, warm nostalgic feels.

Lucky for us an old video of the Windows 95 launch party has resurfaced and has been given the TikTok treatment. The denim. The polo shirts. The dad dancing. It got us thinking… what will the post-pandemic Odro office party look like? Will it be TikTok worthy? And can we take some inspiration from these epic celebrations from the tech world?

Aside from the dodgy dancing on the stage we’ve seen in TikTok, Mircosoft’s Windows 95 launch party was actually something pretty special. In the days before the internet and social media all the hype was done through the press. And boy was there hype. Until that point computers were something you had in offices, not in your home for personal use. Microsoft had licensed The Rolling Stones Start Me Up, which played as Gates stood on stage announcing Windows 95, a real party atmosphere. There was even swagbags containing Kodak CD-ROM player, a canvas bag with the brand new “Start” button on it and a commemorative Windows 95 box with a Windows 95 CD-ROM in it. The product and the launch brought tech into the mainstream and it’s never looked back since. The showy Apple events we see today would never exist without this 95 extravaganza. Rolling Stones - Start Me Up walked so U2 could run... run away when everyone moaned about getting their album for free that is!

Google went greek with their holiday party in 2006. A five day party in San Francisco's Pier 48. More than 10,000 people attended to lap up activities including wine-cork shooting ranges, and even wig wearing. One of those party goers described the event as being “designed for creative A.D.D. types. There were sushi rolls, enchiladas, a disco room, the strolling mariachi band, and Spanish Flamenco performances!”

Now this one is more realistic!

Our party could be the party that launches a thousand parties, the ones with total and utter extravagance or (and probably most likely) the one with everyone having a really nice time in the office watching the boss dancing like an idiot. WE CANNOT WAIT.