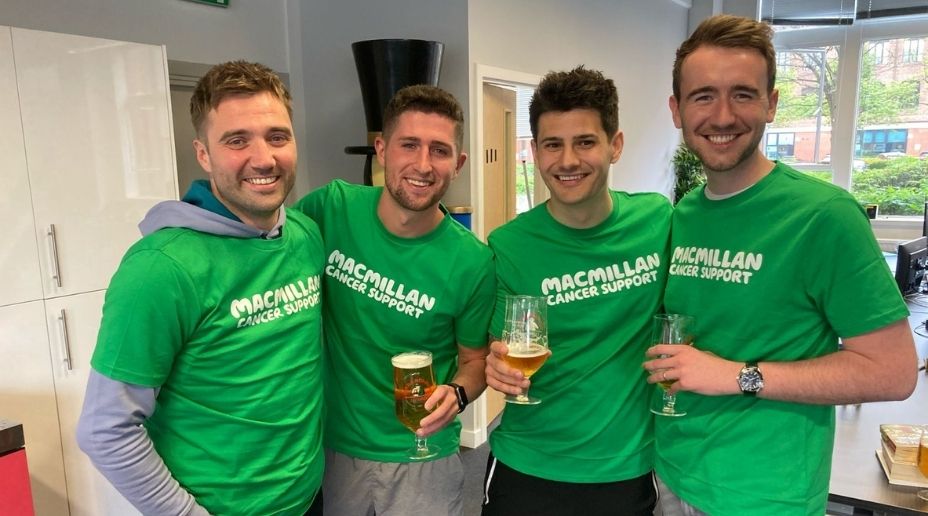 On Friday the 14th of May the recruitment industry were dusting off their trainers once again for the return of Active Recruiters. This year with a shiny new option on top of the 10k or half marathon, a 50 mile cycle option was added! Over 200 people signed up and received their runner packs in the post in advance of the event. The much loved mini Haribo were back along with an energy gel and a race number to pin on. Macmillan also supported the events with pins for each runner and tee-shirts for the Odro team taking part.

In the run up to the event we saw Odro’s “Jenny from the Blog” share her story of losing her father to cancer in 2018. Jenny spoke about why she was running the half marathon in his honour to raise as much money for Macmillan Cancer Support as possible.

With some of the restrictions lifted it meant this year those from the same work places could run together or plan similar routes so they could have a socially distanced celebration. Team Odro’s finish line in Glasgow Green near the office saw lots of happy dances and infamous celebratory elbow taps! Before long LinkedIn, the second home of the recruitment industry, was full of sweaty finish line selfies. We even heard a story of someone confirming a placement while doing his 50 mile cycle. Now that is commitment!

On the Monday morning following the event Odro’s Just Giving page hit £10,000 and CEO Ryan McCabe said, “Thank you to everyone for taking part, participating, nominating and donating! Macmillan Cancer Support will be able to do so much with this money. I personally cannot thank you all enough. It's been an honour to host once again. See you all next year!”