TikTok Takeover or TikTok Tragic? JftB Gives it a Bash! 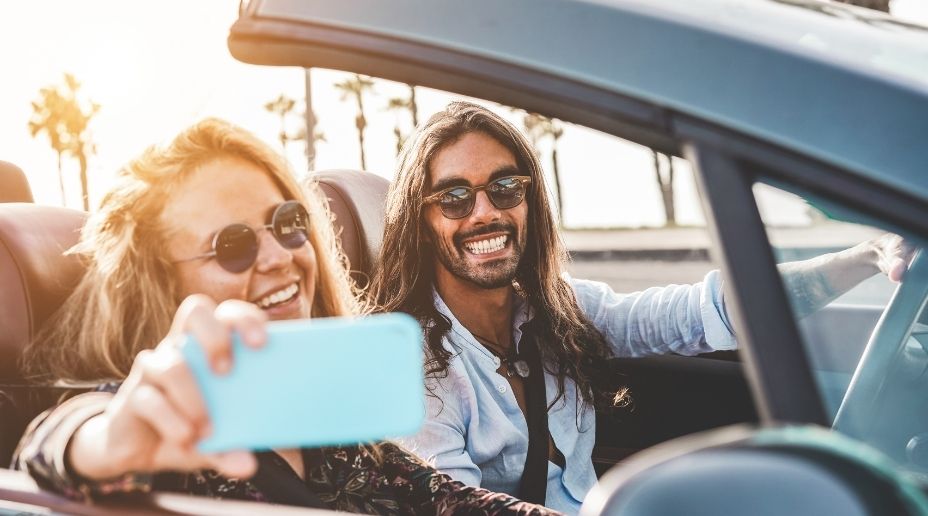 My week with the video-based social app.

It’s fun, silly and everyone is talking about it so naturally, businesses are moving to monetise it. The same as all other fun, silly and popular things since the start of time. Does anyone else’s Facebook just look like the adverts page of a newspaper now? And don’t get me started on the Instagram “Influencers” with their #spon #ad *rolls eyes*.

I’ve watched videos of YouTube stars watching TikTok, literally just watching a video of someone watching a video. What a strange concept. And I’ve seen popular ones posted on Instagram or been shown by a friend. But until now I hadn’t taken the step to actually download it and see what it’s all about for myself.

I can see exactly how TikTok advertising works for B2C brands. American food chain Chipotle are a brilliant example. They have thoroughly embraced the trend with silly behind the scenes updates and mouth-watering footage of their yummy food. Chipotle even sparked the viral #GuacDance Challenge from their National Avocado Day post. The videos saw people dancing with avocado while inadvertently advertising Chipotle’s free Guac promotion, becoming the highest-performing branded challenge on TikTok to date.

There’s been a good few posts about not ignoring TikTok for B2B marketing but I can’t help but think we probably should. Yes, TikTok is quirky and Odro is quirky. Like TikTok, Odro is pretty much obsessed with making videos. And yes everyone is talking about it. But are any of our target audience actually on TikTok? And if they are, are they going to find out more about us or book a demo because they’ve seen us dancing around our office?

As you may have seen our Videographer Jo moved onto pastures new this week. Leaving us sad, lonely and without anyone to help us pretend we’re in a reality TV programme disguised as LinkedIn content. So it seems the perfect time to test it… TikTok Takeover or TikTok Tragic? Here goes.

Monday: General TikTok investigating and some encouragement from our friends at Firefish who have used TikTok before. A day of hyping myself up and wearing cooler, younger clothes to get myself in the mindset of a cool, young person who would use TikTok.

Tuesday: Downloaded. I had to choose my interests from a list of topics so they can show me the kind of content they think I’ll enjoy. I went for “Dance, Food and Comedy” and was immediately greeted with a video of Phil, Holly and Alison from This Morning dancing.

Instantly I could see why it is described as “addictive”, a constant stream of short, silly, fun videos looped on my screen. As catchy pop songs play and filtered videos flash up, I think it’s a sort of escapism. Everything is aesthetically pleasing and it’s just generally quite a pleasant place to be. Celebrities such as Ryland, Jacqueline Jossa and the cast of this year’s Strictly Come Dancing seemed to be heavily involved. After watching a few I could already feel myself slipping down the rabbit hole. I didn't really have enough time to escape from my job so closed it down, did some actual work then returned after lunch.

I noticed a tonne of reality TV stars are on it doing seemingly entertaining, but overall pointless, videos where they lip-sync to other videos. Also everyone is in very skimpy clothing and it’s obvious they’ve tried quite hard to give the allusion they’ve not tried at all #iwokeuplikethis. Branded sports bras and t-shirts featured heavily and I can’t help but think fashion brands are dodging the recently enforced Instagram advertising and sponsorship rules by sending out their clothes to be worn in TikToks instead.

Wednesday: I attempted to make my own but it was confusing and I was busy, so I gave up.

Friday: With the boss lady out of office (recovering from CEO Ryan’s big win at the OnRec awards) there was time for a mess around. Props to the kids, one 60 second video can literally take hours to make. We have a good giggle while trying to learn and perfect a challenge where you do a feet tapping routine with a partner. But ultimately I didn’t post anything because it sort of looked like when your parents tried to do the Gangman style dance at Aunt Susan’s 50th in 2012.

To conclude, TikTok is fun but very time consuming. Great for creating quirky videos that match our culture for our other social media channels. But overall, I can’t see it working for B2B marketing. If our target market is on TikTok, which they probably are, then I think they are there to experience the escapism of the 9-5, not to have RecTech jammed down their necks. Leave it be and let people have their fun without businesses finding ways to make money out of it or it’ll end up the same as every other social media app.

If I’m wrong, and this time next year TikTok is the new LinkedIn then you are all welcome to come tell me off for being a pessimist, a bad marketer and strip me of that BA Hons Marketing Degree.